With the Pulitzer, Lamar joins the company of great American composers like Aaron Copland and Charles Ives as well as, more recently, jazz greats like Ornette Coleman and Wynton Marsalis. Photo: AFP/Tommaso Boddi

Kendrick Lamar, the rapper whose poignant lyricism has been the soundtrack to the Black Lives Matter movement and caused many to call him the voice of a generation, released his first solo album in five years on Friday, May 20.

The record is set to top the charts and once again put Pulitzer Prize-winning Lamar at the center of America’s cultural conversation.

Born in Compton, Calif., the 34-year-old artist is recognized as one of contemporary music’s most impactful writers, his verses offering personal perspectives while addressing systemic issues such as race relations and structural poverty. .

Set to jazz-heavy instrumentals, the Grammy winner’s music has made him a household name and a rare artist whose work is commercially successful but not reliant on constantly churning out content.

“Kendrick is a real lyricist,” said Lakeyta Bonnette-Bailey, a professor at Georgia State University who has written extensively on the relationship between rap, politics and social justice.

“The way he uses metaphors, the way he hits certain beats with certain verses…it’s quite an experience,” she told AFP. “He always has something deep to say.”

In 2018, Lamar became the first rapper to win the Pulitzer Prize for Music, with the prize jury saying his album “DAMN.” was “unified by its vernacular authenticity and rhythmic dynamism that offers touching vignettes capturing the complexity of modern African-American life.” 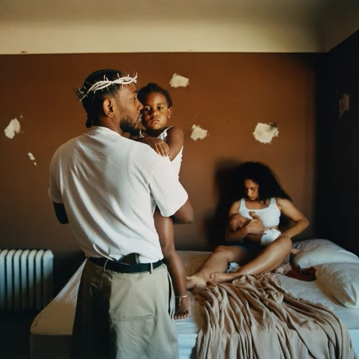 Following that historic victory, he arranged and contributed a number of songs to the “Black Panther” soundtrack, including his Grammy and Oscar-nominated collaboration with SZA, “All The Stars.”

Lamar has also featured on a number of songs with other artists, including his cousin Baby Keem’s latest album.

But his five-year hiatus from producing solo works has led some fans to speculate about his possible retirement.

Lamar put those rumors to rest last month by announcing his fifth studio album, an 18-track double album that sees the rapper once again turn his socially conscious gaze to our tumultuous era.

Bonnette-Bailey said Lamar had a knack for “leaving people on his mind,” a quality that appealed to his listeners.

“(He) tells stories of his own personal struggles through his music, as well as documents and tells the story of what’s happening in black America, or Compton, or all of the black diaspora,” he said. she stated.

The album’s first track “United In Grief” opens with a choir singing the line “I hope you find some peace of mind in this life”, before Lamar enters: “I have been through something”.

Throughout the album, Lamar meditates on inner demons, pent up emotions, family life struggles and the pitfalls of fame.

The spoken-word track “We Cry Together,” which features actress Taylour Paige, depicts a couple of fighters whose biting words see personal anger turn into structural rage.

“You’re the reason strong women fucked up / Why they say it’s a man’s world / See, you’re Trump’s reason / You’re the reason we neglected, underpaid, under-reserved, under shame,” the lyrics read.

In “Auntie Diaries,” Lamar criticizes society’s treatment of transgender people; while in “Savior” he warns against turning to celebrities for advice.

The album cover is a photo of Lamar wearing a crown of thorns and holding a young child, while a woman who appears to be his partner Whitney Alford is in the background, holding a baby.

In the raw and moving track “Mother I Sober,” Lamar lays bare stories of childhood trauma, infidelity and sexual abuse.

This track ends with a woman’s voice saying to a child, “You did it, I’m proud of you / You broke a generational curse”, before the same choir that started the album closes the track. .

Vangelis, composer of ‘Blade Runner’ and ‘Chariots of Fire’, dies at 79

The latest entertainment news straight to your inbox

Drawing was magic for Matthew Cooper growing up. Knowing he wanted to pursue art in one form or another, he studied graphic design in college before discovering that he didn’t like the technological side. He always wanted to create but didn’t know how it would manifest in his future. The path cleared when Cooper studied […]

By David Hegg As I watched, listened, and mourned the erosion of civility in society among those who make and report the news, the path we have taken has finally become clear. Previously, criticism was limited to what a person did, what they said, or how they appeared. When a local or national figure acted […]

SAN FRANCISCO (KGO) – We’ve partnered with the team at Hoodline – the super local neighborhood website for finding weekend activities in and around the Bay Area. The art critic comedy showJeremy Talamantes and Jordan Cerminara are looking for bad art. They comb through thrift stores, garage sales, and other places generally little known for […]