It is rare in this writer’s experience to write a design review of a car that was announced several years ago, has recently been redesigned, and is still not in showrooms.

Oh, I forgot, there is no showroom (or maybe one or two – I know for sure there is one in Santa Monica) Tesla continues to postpone production of this model. but they refreshed her. Who knows if this can still be postponed and needs to be refreshed again.

Franz von Holzhausen is the American vehicle designer for Tesla. Since 2008, he has been in charge of design at Tesla. He designed the Tesla Model S, Model 3, Model X, Model Y and the unveiled but not yet released Cybertruck, the Semi, and what they persist in calling the second-generation Tesla Roadster. Anyway, here is my reaction.

The fact that there is no grille cavity is not so obvious since the black area under the bumper line gives a kind of grille print and can suck in air, but not for an ICE engine. The grille-less look of other Tesla has always struck me as people wearing face masks (now a common sight).

Although the scalloped side with a chiseled half-step is stolen from the Camaro, it gives the mass an interesting solidity. If it tilts gradually, it would look too much like the Opel GT from decades ago. The air intake behind the 3/4 rear window is stolen on the Lamnorghini Miura but well done.

Having a targa roof eliminates anything that could go wrong with retractable hard roofs. Why the press continues to call it a roadster is inexplicable other than lazy journalism. A roadster is a fully open car. it was never a roadster, even in the Lotus-based version. A fixed rear roof structure supporting a tailgate means this is a targa-roof coupe.

The vent in the front fenders mimics the vents on many ICE cars, used to ventilate hot engine compartments. I would love to know what they are removing (I would hate to think there is something wrong with such a highly utilitarian design).

* Images above by Wallace Wyss

Beautiful flush mount retractable spoiler. The vertical fins under the deck suggest an attempt to control the air flowing under the car, but we won’t know if they are partially aesthetic until we see a shot from the bottom.

The roadster (targa coupe) performance is expected to be hypercar / supercar level, 250mph, 0-60mph in under 2 seconds, which pits it against some of the more expensive Ferraris (even the SF90 Stradale is one pitiful 175 mph …). But there are still those supercar enthusiasts who yearn for the aura of an Italian-styled car, so a wise decision would be to set up a small satellite studio in Italy to do a restyling, and have these models worn with an Italian badge. , named after a luxury resort area in Italy like Carrozzeria Lago d’Como.

Beautiful design from their chief designer. The one that will not age, no matter how long we have to wait for a production model. I would even love to see the lower vertical lower deck fins more underrated and the widened upper spoiler as long as it still hides the flush deck when not needed.

I doubt the front spoiler is deployable, but if not, they might consider it as they are talking about Ferrari-like speeds. Bad things can happen if you have a nose lift above 150mph (as Ford discovered at Le Mans in 64m causing them to make front spoilers hastily in the pits). 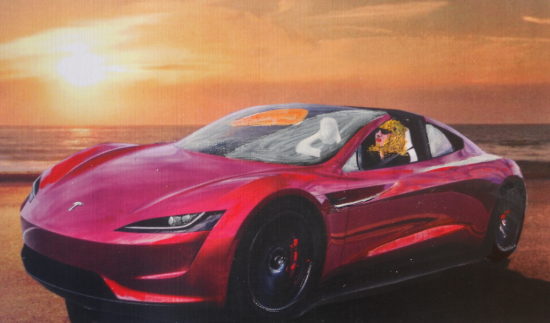 * Images above by Wallace Wyss

The performance claims are frightening, less than 2 seconds for 0-60 mph. I think this goal should be viewed with caution. There are even rumors of a Space-X package for an additional $ 50,000 that could take you back to 1.1 seconds. Head restraints need to be redesigned to protect against the jerking banging in the back of the neck during a stop that the acceleration capability could produce. I would be happy with just 4.2 seconds. 0-60 mph, let’s say a time equal to a $ 300,000 Ferrari.

The price seems to have gone up every time I hear it – now over $ 200,000 and again that production date is moved, this time to 2023. But even with four factories – Fremont, Texas, Berlin, Shanghai – poor Elon can’t delay the long – promised again the Cybertruck or the Semi or the Model 2 (provisional name) to make a “playtoy” like the targa coupe (there I finally called a spade a spade) so which one to favor? Ah, make decisions …

Wallace Wyss is a longtime automotive journalist, author of 18 books. He has lectured on design at the Art Center College. Wyss is also a good artist. For more information on how to get his car paints, write to [email protected]

Review: “Trouble in Mind” publishes a scathing review of the theater industry

Better late than never. Or rather: much, much better late than never. As a pre-show ad at the American Airlines Theater makes clear, it took pioneering black playwright Alice Childress about 66 years. the comedy-drama “Trouble in Mind” to get to Broadway. Originally produced on Off Broadway in 1955, the play was due to move […]

Something special happened in 1995 that changed the trajectory of how I saw women represented in the alternative music scene. That’s not to say that women in rock didn’t exist. I can certainly say that I have listened to my fair share of Hole, Skin of Skunk Anansie, Elastica and Luscious Jackson, to name a […]

Photography reviews continue to be very popular as they allow local photographers to exhibit their works of art and learn from the comprehensive appraisal of their work by experienced professionals. Non-contributors have the opportunity to see great examples of beautiful local photographs and learn a photo skill or two. On Thursday, November 19, from 7 […]